TV presenter Keith Chegwin has died aged 60 following a “long-term battle with a progressive lung condition” which “rapidly worsened towards the end of this year” his family said.

Chegwin or Cheggers to fans was known for hosting programmes including 70’schildren’s game shows Cheggers Plays Pop and Swap Shop. 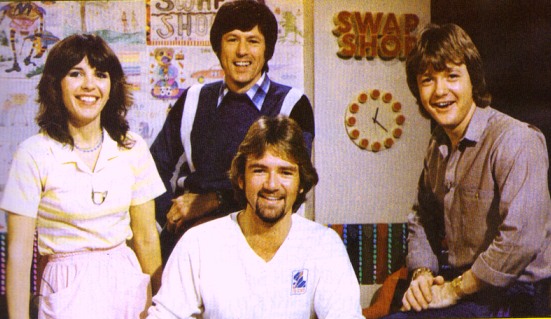 A statement, the family said: ”We are heartbroken to share the news that Keith Chegwin sadly passed away following a long-term battle with a progressive lung condition, idiopathic pulmonary fibrosis, which rapidly worsened towards the end of this year. Keith died peacefully at home shortly after midnight on the 11th of December. His wife Maria, his daughter Rose and his son Ted were by his side ‘We would like to take this opportunity to thank Severn Hospice for the kindness, support and care they have shown us all over the last few weeks. ‘Keith was a loving husband, father, son, brother, uncle and friend. We would respectfully ask to be left to mourn his passing in private.”

Maggie Philbin paid tribute to her former husband, by saying: “It is incredibly sad. Keith was a one-off. Full of life, generous and with a focus on things that mattered – his family. I saw him two months ago at his sister Janice’s wedding, where he was still attempting to be life and soul of the party despite being on portable oxygen and made sure he knew how much he meant to us all. Our daughter Rose flew home from San Francisco to be with him over the last few weeks and I know he was surrounded by so much love from his second wife Maria, their son Ted, his sister Janice, his twin brother Jeff and his father Colin. Keith was loved by everyone who knew and worked with him.”

I have known Keith Chegwin for many years He was one of the nicest guys I’ve ever met in this biz I had been told he was very poorly but unable to contact him for a while What a dreadful shame to lose such a lovely friend Love to his family RIP Cheggers! I’ll miss that smile 💔

Saddened to hear this,what a great guy! I worked with him a lot over the years a great entertainer,you will be missed RIP Keith Chegwin🙏🏽 pic.twitter.com/EghfdBa8rm

I’m so stunned to hear that the utterly lovely @keithchegwin has died. Can’t get my head round this. One of my original Saturday morning heroes. Sending all my love to his family 😢