Farah, 34, who could not attend the award ceremony in Liverpool, was presented the award via video link with his stepdaughter. 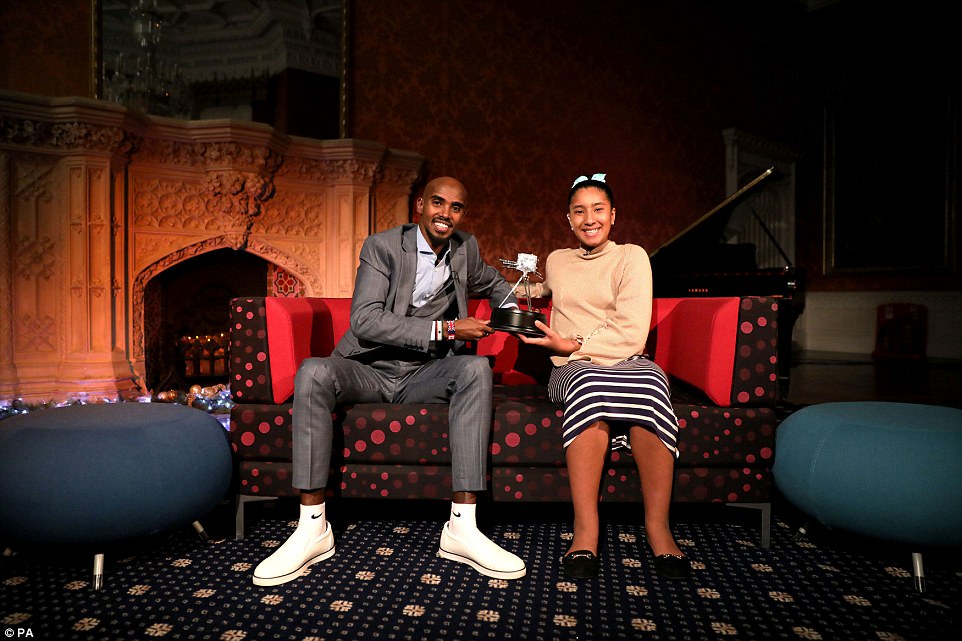 Farah looked surprised when the announcement was made by former footballer Kenny Dalglish;”I am pretty amazed,” he said. “There are such great people on the shortlist from Anthony Joshua to Lewis Hamilton and Jonnie Peacock…It is pretty amazing and hard to think about, I didn’t imagine I was ever going to win this but anything can happen. If you work hard you can achieve your dreams.I am sorry I could not be there. My kid has been not well.I just cannot believe I have won.” he added.

He won his third consecutive 10,000m gold at the World Championships and silver in the 5,000m.

Mo Farah has been named BBC Sports Personality of the Year.

A well-deserved win for the four-time Olympic champion,  who won his third consecutive world 10,000m gold medal earlier this year, and was knighted by the Queen in November.

Some fans were shocked that  Anthony Joshua and Lewis Hamilton weren’t in the top three, taking to Twitter to voice their outrage;

Wow Lewis Hamilton and Anthony Joshua not even in the top three. No idea how this award is done anymore or what it’s for. #SPOTY

Absolute shambles at the end of #spoty. Congrats anyway to @Mo_Farah on winning (assuming he ever got his well-deserved award) but how on earth did @anthonyfjoshua & @LewisHamilton not make the Top3? The British public’s glittering record of voting insanity continues…

Are the British public actually wired up right? No Anthony Joshua or Lewis Hamilton in the top three is farcical. #SPOTY

Everyone after realising that AJ didn’t even make the #SPOTY Top 3 pic.twitter.com/0HfJiNEXyn

Mo Farah is a legend but he hasn’t done any where near as much as some others this year. Sorry but it should’ve been either Lewis Hamilton or Anthony Joshua. They weren’t even in the top 3. What is up with the British public this weekend? 😤👎 #SPOTY #SportsPersonalityOfTheYear x