Student Beth Freestone lost her phone on a night out in Manchester, she’d given up hope of finding her beloved iPhone when she received a rather odd message out of the blue, 5 months later.

It read, ‘Hi, I hope you don’t mind me asking but I was given this phone that I believe you lost and I’m just using it for 2 weeks whilst mine is repaired but I am unable to use it without the password for iCloud is it possible to get it so I can sign out and into my own account. Thank you in advance xx’ 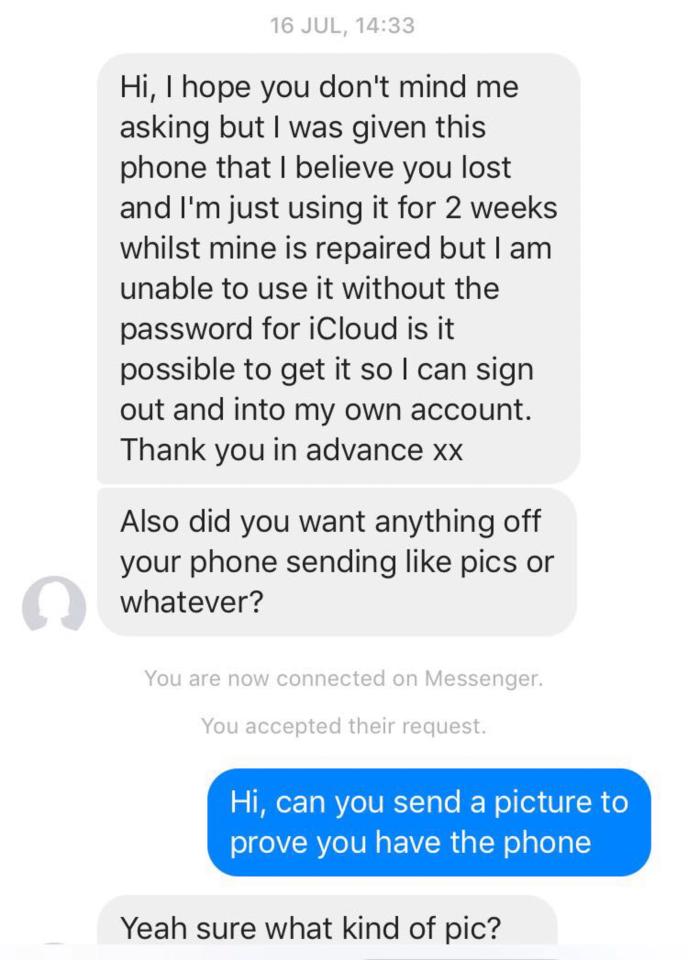 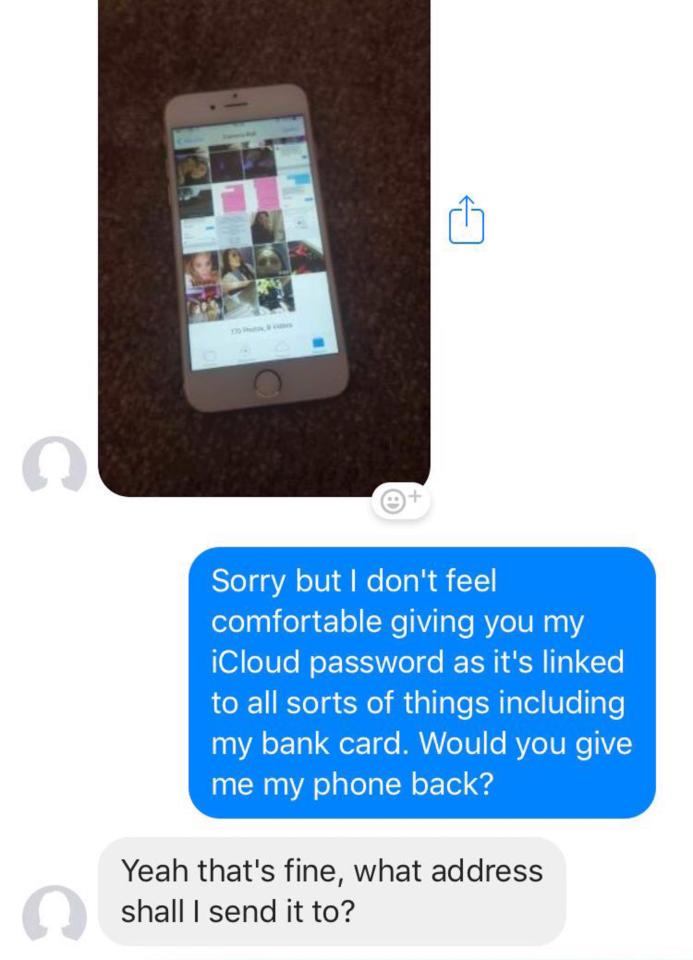 The thief seemed co-operative at first, and when not given what she wanted, she turned rude and aggressive.

Beth said: “I had been in Manchester and at the end of the night I realised I didn’t have my phone with me.I had to get a new one and I think I spent about £700. It was annoying but I just thought it was one of those things and I’d never see my lost phone again.  Five months later, in July, I’d just finished work and I saw that I had a message request on my phone.“I read it and I had to read it a couple of times more. I couldn’t believe what she had actually asked for. I just thought she was so cheeky and I was stunned. I wouldn’t even dream of asking someone that. I would have been asking if they would like me to send it back – not asking for passwords. At first, I wanted to make sure that she definitely had my phone so I got her to send me some pictures of it and take pictures of what was on the camera roll.I knew it was mine then but I still didn’t feel comfortable handing my iCloud passwords over because they are linked to my bank cards.I asked her if she could send it back and sent her some postage money over. She agreed to do it but then she never sent it. She kept making excuses.”

After a further exchange of messages, the number was then disabled, leaving Beth unable to contact the person with her phone.

She didn’t have a tracking app on her phone and didn’t report it to the police.