Paul Blart actor Kevin James, 52, may seem an unlikely candidate for president, but an online campaign aims to do just that, albeit on TV at least.In the wake of the increasing Kevin Spacey controversy, a Twitter user suggested that James should in fact replace the House of Cards actor.

Spacey, the two time Oscar winner and star of films such as Se7en, The Usual Suspects and American Beauty has been fired from his prolific role as President Frank Underwood, in the Netflix hit show.The actor has been accused of sexual misconduct by Star Trek actor, Anthony Rapp, when the actor was 26 and Rapp just 14. 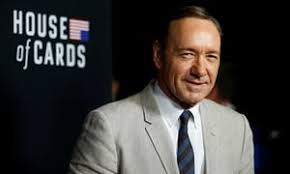 In his apology to Rapp, Spacey also came out as gay, a move seen by many as being deflective and he was quickly blasted by the LGBT community, who roundly criticized his handling of the situation.

Reed Hastings started the petition on change.org. He stated:

“I think Kevin James can elevate “House of Cards” to a globally adored franchise like “Game of Thrones” and make the entire world focus on one of the most important Netfix Original series there is.”

While the future of the series looks doubtful, many online users seem to think the King of Queens star would make a welcome replacement.

MCR, the makers of the show have also confirmed that they have received complaints regarding Spacey’s conduct while on the set from two anonymous crew members and are currently investigating the allegations.

Days after the news emerged, Spacey’s career is in freewill and he was quickly dropped by both his long time publicist and agent, while some media outlets in the UK are reporting that police may be investigating other alleged incidents involving the Oscar winner.