Supermarket giants Morrisons have launched the hottest ever curry made in the UK.

The curry is so hot and spicy that it even comes with a safety warning.

The curry’s release was in honour of National curry week which started 9 October.

The  ‘Volcanic Vindaloo’ officially holds the title of the hottest curry on supermarket shelves and is available in all Morrisons stores across the country.

A steal at only £1.50, the Volcanic Vindaloo contains one of the world’s hottest chillies; the Naga Viper, which has a rating of 1,382,118 on the Scoville scale. 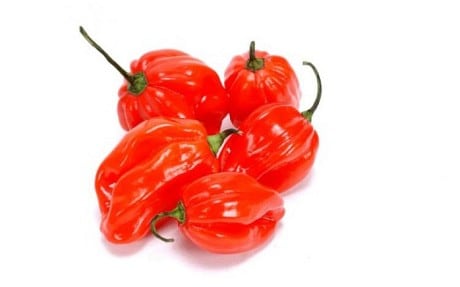 If this wasn’t enough heat for you already, the curry comes topped with whole green chillies, which have been roasted to intensify the heat.

According to Morrisons although you may not be able to handle the heat, you’ll still be able to taste every flavour of a traditional vindaloo.

When asked about the product Sean Gill, Morrisons’ resident ready meal expert. said this; “Curry fans have been telling us that they just don’t get the fiery heat they want from ordinary ready meal curries,

So we decided to take up their challenge and create the hottest ready meal in the country – something with the extreme heat you get when you order a vindaloo in your favourite restaurant.”

The vindaloo is so hot that Morrisons has even added a warning to its packaging, notifying customers that it’s been given a five chilli rating.

This is the first time a label like this has ever been used on a Morrisons product.

The chefs behind this scorching creation strongly recommend that only people over the age of 16 try and tackle it.

People have been flocking to Twitter to give their verdict of the vindaloo;

I tried @Morrisons volcanic vindaloo today…safe to say I didn’t finish it 😳 pic.twitter.com/gNijf8MU4f

Tried ‘the hottest curry’ in the supermarket (@Morrisons Volcanic Vindaloo) and actually LOVED it… https://t.co/OAnkFInq2R

I can definitely confirm that eating the @Morrisons Volcanic Vindaloo Curry at 8:40 in the morning isnt the most pleasant thing! #Burning😱 pic.twitter.com/zT9uuw2VRp

@Morrisons really enjoyed the volcanic vindaloo so happy I got 4 of them boom 💥 pic.twitter.com/vkJc7Tyx1m

The curry is on offer for a limited time only so make sure you grab one before they all go!