A Russian man has accidentally killed himself after posing for a picture with a hand grenade after taking the pin out.

The man identified as, Alexander ‘Sasha’ Chechik, 26, died just seconds after sending pictures to pals of the explosive with its pin pulled out. 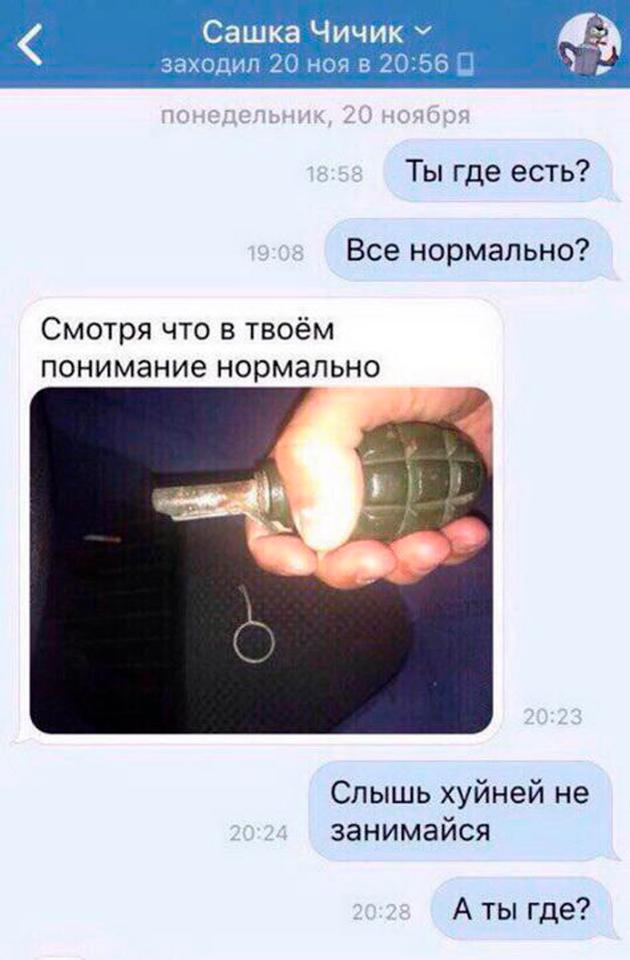 Alexander was in his car when he took the photos and sent them to his friends.

The picture above shows that the pin has clearly been taken out, leading his friends to question what he was doing.

One friend sent him a message that said: ‘Where are you? Are you OK?’ He replied: ‘Depends on what OK is in your understanding?’

After he sent the picture with the pin removed, his friend responded: ‘Listen, don’t do stupid things. Where are you?’

Police believe Chechik from Labinsk in the Krasnodar region, expected the grenade would be safe as long as he didn’t throw it.

He had sent pictures to other friends leading police to record his death as accidental rather than suicide, according to local reports.