Nobody wants to spend the festive season alone – but unfortunately, that is the reality for so many.

One pensioner took it into his own hands by posting a note on a local supermarket notice board.

It read: ‘Where can a lonely pensioner and widower find a place in a small group for Christmas.’ 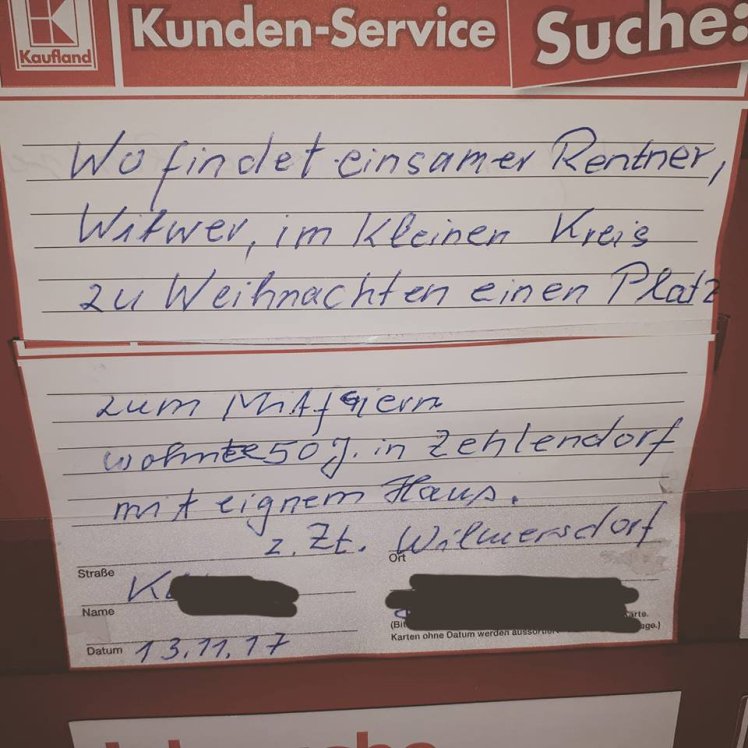 Fortunately for the man a  civil servant Femina Lisa, noticed his post and took to Facebook to find the man a place to go.

She told Struttgarter Nachrichten: ‘I never expected that there would be so many. After a certain point, I couldn’t keep up with it anymore.’

Lisa explained that she thought nobody would see the note as not many people look at the notice boards in supermarkets.  The man received so many offers that the supermarket had to remove the note due to the incredible response.

‘He was very touched and was very pleased that so many people have responded,’ she added.

The two have since responded to all the responses.

According to Age UK almost a million older people in the UK are living desperately lonely lives. 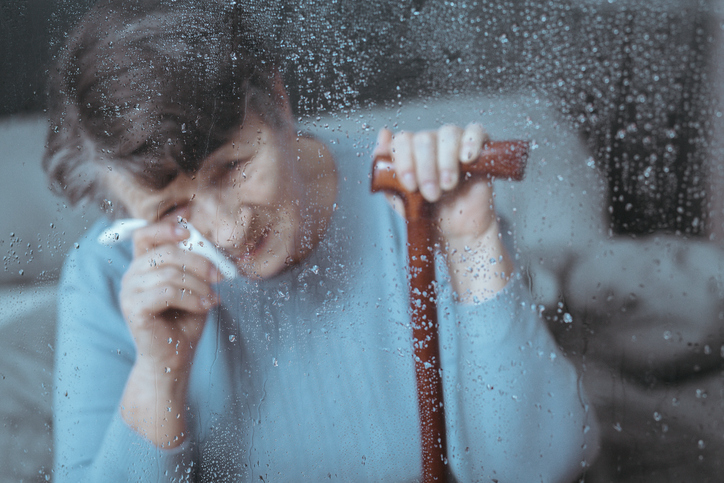 Caroline Billington set up community Christmas, a charity that believes that no elderly person in the UK should be alone on Christmas Day unless they want to be.

The charity encourages communities  to provide companionship to older people on Christmas Day by running a community Christmas Lunch event, joining up with others at a local pub or restaurant, popping round for tea and cake, perhaps organizing a film viewing or anything else that can be enjoyed by all those that take part. This should be a chance to meet up with old friends and make new friends creating bonds in the community that last well beyond the single day.

To get involved and change someone’s life this Christmas visit  www.communitychristmas.org.uk

Facebook Comments
PREVIOUS POST ← Can’t Be Bothered To Cook A Christmas Dinner? Why Not Get The Full Meal In Crisp Form?
NEXT POST Blue Plant II – The Most Watched TV Show Of 2017 →