Judi, who is 82 years-old, wore a ‘Stay Dench’ snapback during the hilarious video. 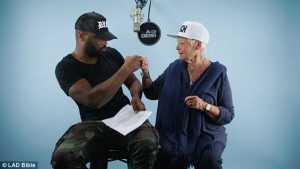 It was the first time the pair had met.

Bizzle teaches the national treasure the lyrics to his biggest hits.

They filmed the rap collaboration at LADBible’s studio.

Bizzle tells her ‘you smashed it.’ 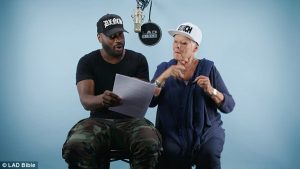 It will be the best thing you’ll see today, we promise.

Facebook Comments
PREVIOUS POST ← Bieber’s feud with Marilyn Manson after telling him: ‘I made you relevant again’
NEXT POST Grenfell Tower public inquiry launched today: here is what we know so far →