Many women across the country trapped in violent relationships who can’t leave, because of their pets. This Morning guest Gemma explained to Holly and Phil how she thought she had found the one, but after several months the relationship turned sour. 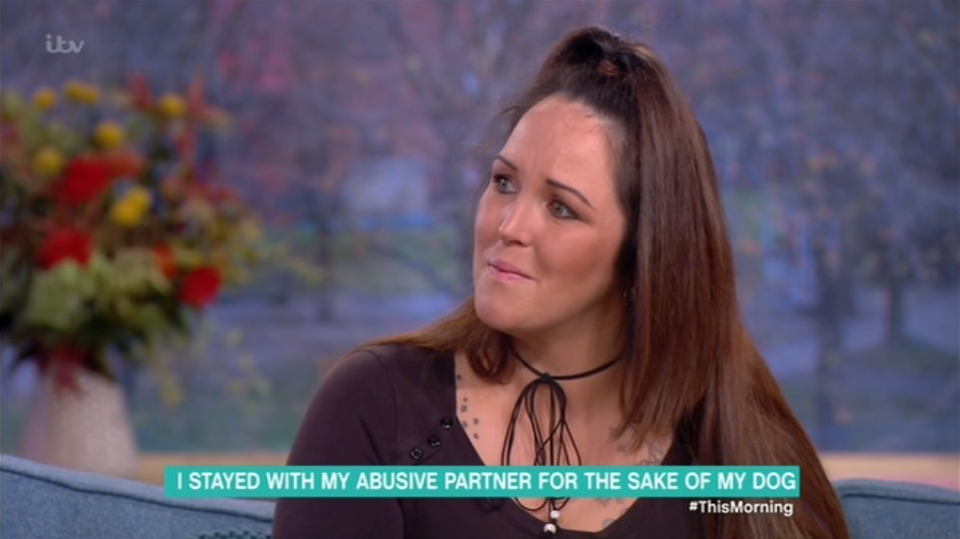 Gemma was subject to daily torture and assaults, in front of her young child and dusty her rottweiler cross.

Gemma explained that the first incident of abuse came just two months into the relationship when her partner Richard strip-searched her in their front garden while holding her son, after the humiliating ordeal she received a beating.

She continues to explain that the abuse got so bad, that when he had a trowl to her throat, she gave up fighting  “It got to the point where I didn’t want to be here anymore I wanted to die” she said

“He had had a destructive childhood. There was no excuse or reason for his behaviour but there were reasons for how he was.”

“You knew how he was feeling, how he had witnessed the abuse,” said Holly,

Gemma agreed and recalled that after regaining consciousness, from being knocked out she found her trusty dog Dusty protecting her. 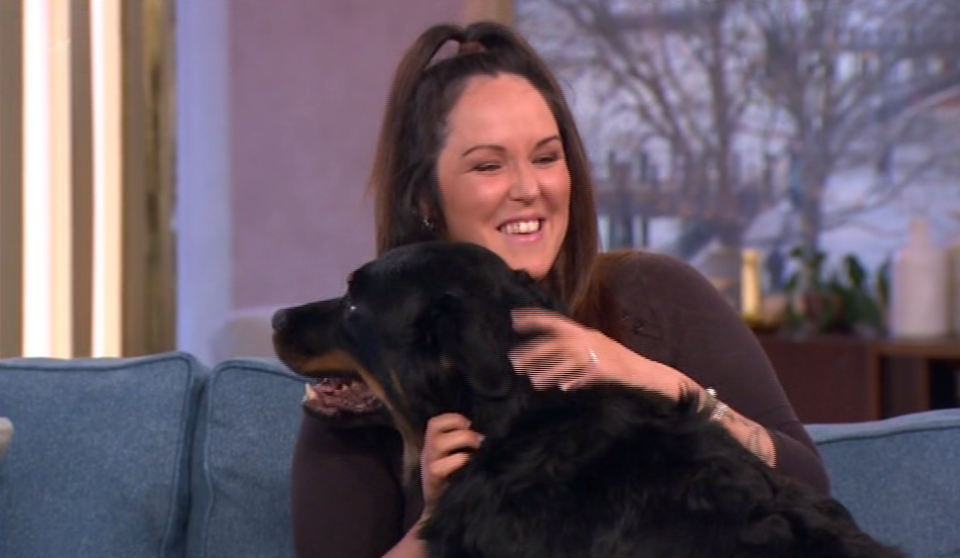 He had actually jumped over the baby gate and bitten Richard, in order to protect her.

She said: “I remember being on the floor and Dusty cornered me and when I looked up he was growling and there was blood everywhere and he had bitten him.”

Gemma knew she had to get out of the relationship, but unfortunately, refuges and shelters don’t allow pets.

Heartbroken at the news she knew she couldn’t leave her beloved dog Dusty with her partner, fearing for his life.

However thanks to the Freedom Project from the Dogs Trust, Dusty was fostered by Frank, who took care of her for seven months, whilst Gemma got her life back on track.

Gemma finally got to meet her knight in shining armour,  as Frank, the kindly widower who had started fostering dogs to help him deal with the loss of his wife, appeared via a live feed. 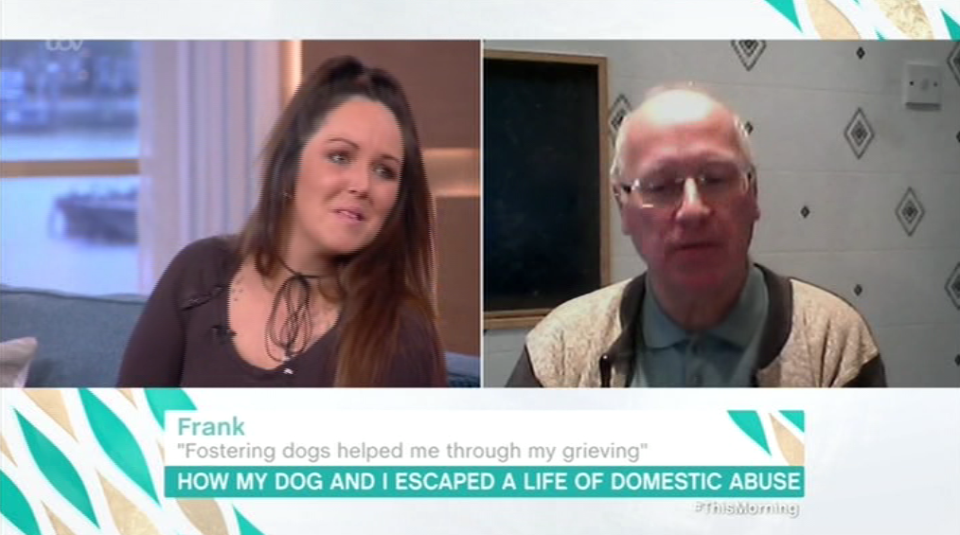 “I owe you so much, thank you, I am so grateful,” She cried.

You can watch the full interview below;

If you are experiencing domestic abuse, are worried about a friend/family member, or would like more information about spotting the signs of abuse, immediate help is available.

If you are in immediate danger, please call 999 and ask for the police.

If you are not in immediate danger, please call one of the following helplines: