The body of Louella Michie, 25, was found in a wooded area at the edge of the Bestival site. 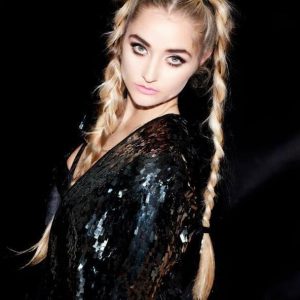 Holby City actor, John Michie, 60, confirmed his daughter had died in a statement released by his agent.

Michie’s agent said: ‘Sadly I can confirm the death of John Michie’s daughter Louella at Bestival.

‘John and his wife Carol ask that the privacy of their family be respected at this traumatic time.’

Bestival is an annual festival held at Lulworth Estate, Dorset. 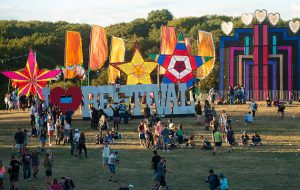 Dorset Police had tweeted to announce the death of a 25-year-old woman at the festival.

Police were called around 1:00am on Monday amid concern for a woman’s welfare.

In the statement, Dorest Police said: ‘A 28-year-old man from London has been arrested on suspicion of murder, to enable officers to conduct an interview under caution to help establish the full circumstances.’

A post-mortem examination is due to be carried out to establish the cause of Louella Michie’s death. The area is cordoned off whilst forensic examinations are carried out.

John Michie has previously starred in Coronation Street, playing Karl Munro from 2011 to 2013. He currently stars in medical drama, Holby City, as neurosurgeon Guy Self. 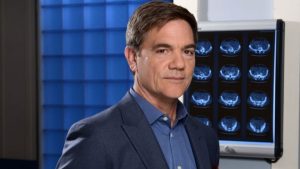 Michie lives in London with his wife Carol. They have two other children, Daisy, 27, and Samuel, 26.

Bestival organisers have responded, saying, ‘we are devastated to hear about this tragic news. We continue to support the police in their ongoing investigation and our thoughts and prayers are with all the woman’s family and friends.’

Dorset Police urge anyone with any information to get in touch via email: 101@dorset.pnn.police.uk or by calling 101, quoting incident number 11:36.