There are many ways to get rid of a spider, normally if you’re scared of them you get your dad or relative to remove them for you.

Now usually a simple cup and piece of paper are enough to get rid of the unwanted guest, however, one arachnophobe took it to the extreme when he used a propane torch to remove the spiders from underneath his mobile home.

Unfortunately, this unique way of getting rid of spiders created a massive blaze that required 23 firefighters to contain it. Reports suggest it took 11 minutes to put out the fire.

The blaze started at 9.20pm  on Monday night, and forced the unnamed man, from Tucson, Arizona, US, and an elderly woman out of their home.

The fire ripped through the entire home gutting it completely. 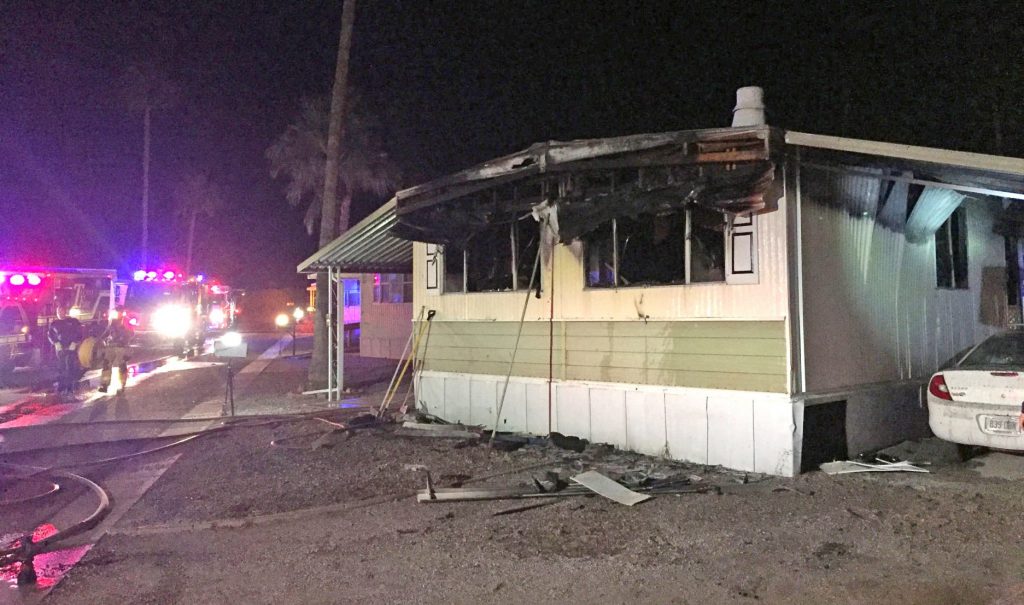 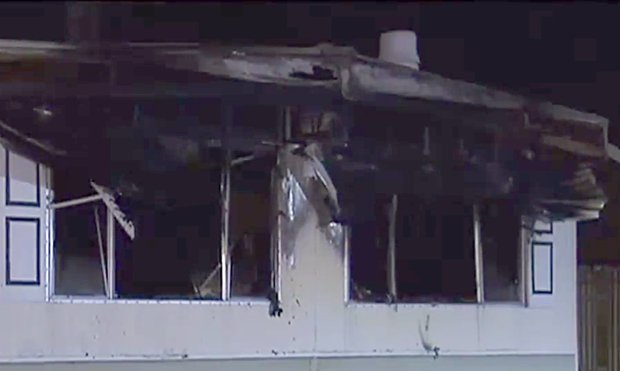 Tucson Fire Department confirmed that the elderly woman suffered minor injuries and was treated by paramedics at the scene.

The sustained damages to the mobile home from the fire are still being investigated and the red cross has stepped in to help the two residents affected by the fire.

Large house spiders are harmless and with spider season starting earlier this year we can expect to see one or two more around our homes.

According to reports, sex-mad large house spiders have been begun their annual mating season weeks early because of the warm and wet summer conditions.

The early harvest, caused by perfect crop growing conditions has spawned a mass movement of the spiders from the countryside into the residential areas surrounding.

According to the British Arachnological Society, September is traditionally the start of the spider nesting season.

It said: “This is the time of year when large house spiders are often seen running across carpets or become trapped in baths and sinks. When a male finds a female that is soon to moult to maturity he moves into her retreat and stays close by, guarding her until she is adult. Repeated bouts of mating then occur with the male often lingering for the next few weeks to prevent the female mating with other partners. Despite their size they are benign and pose absolutely no threat to humans or pets.”