Nick Roberts , 25 wanted to surprise his girlfriend with an extra special gift for their gender reveal party.

Wanting to create something extraordinary, Nick teamed up with his friend and photographer Stephen Cwiok, to create a maternity shoot to surprise his girlfriend, Brianna.

And if you ask us the results were pretty damn spectacular! 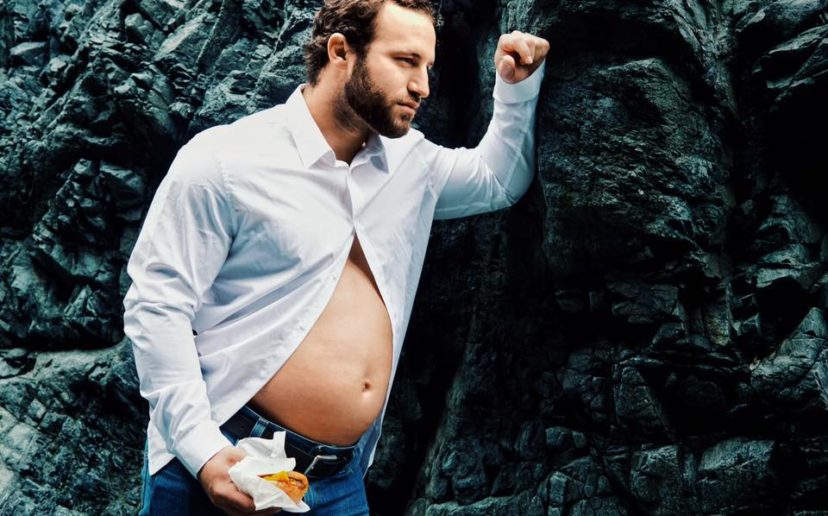 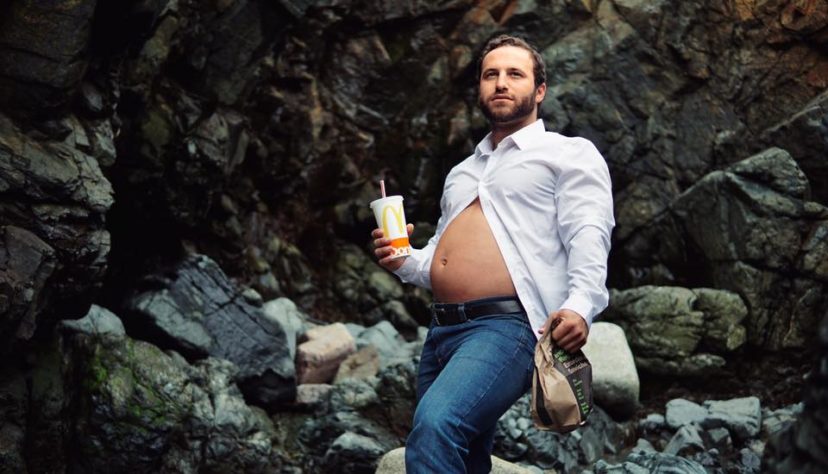 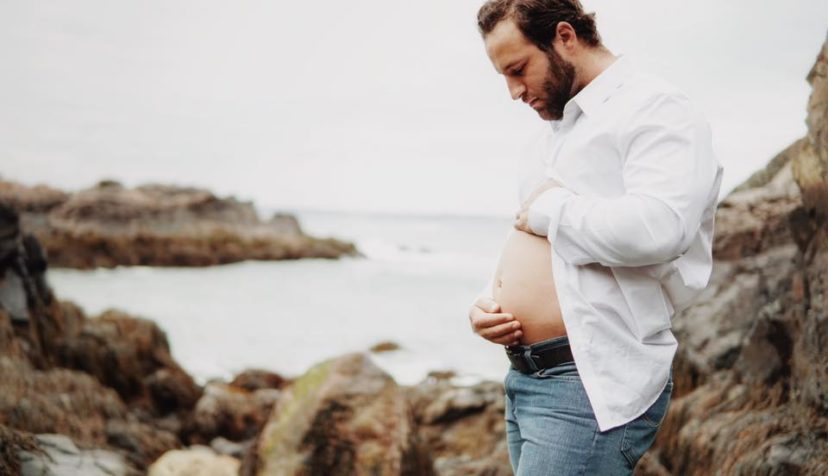 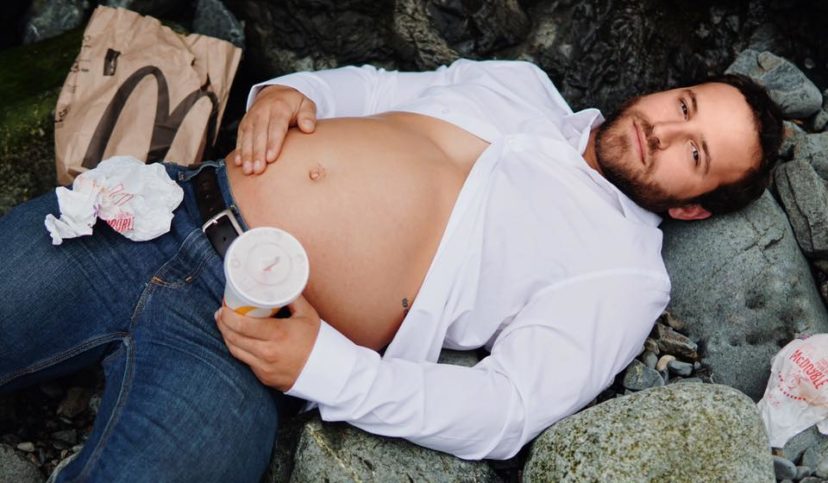 We reckon this could even start a new trend for his and hers maternity shoots.

In an interview with UniLad, he said: “After finding out my girlfriend and I were pregnant, Stephen jokingly suggested that we do a photo shoot in the same style of a maternity shoot.

After talking more about it, we decided that we should follow through with it, do the shoot and not tell my girlfriend. So, one day Stephen came to my house, picked me up, and off we were.

We went straight to McDonalds and ordered an absurd amount of food that I had to slam into my face hole. I had 2 McDoubles, a McChicken, a four-piece chicken nugget, two chocolate chip cookies, and a medium Dr Pepper.

If I’m being completely honest, the awful cramps from the double cheeseburgers brought me so much closer to the pregnancy.

Now, I’ll never know what being in labour feels like, but I feel in my heart it can’t be too far away from eating a lot of fast food. I’m truly blessed to have had this eye-opening experience.

We spent about two hours shooting. It was a difficult shoot to get done, due to the nonstop laughing and the fact that we were covered in ticks. [The shoot was] really tough to do because we could just not control ourselves”.

When asked about the guest’s reaction to the photo shoot he said  “We put the album on a table where nobody was sitting, walked away, grabbed a beer, sat down and waited. The album didn’t go unnoticed for very long.

The first unassuming person approached the book as Stephen and I sat in the distance and watched, waiting to see their reaction.

It was everything we hoped it to be. As soon as they flipped the cover to the album, their head whipped back and hysterical laughter began! Not long after, people began to surround the table. Our mission was a success”

And the best part of all, his girlfriend found it hilarious, I mean what a top dad!

Brianna gave birth to the couples son Logan on Halloween, Roberts says he is enjoying being a dad and will show Logan the pictures when he is a little bit older.