Card’s Against Humanity has had millions of players in stitches since 2011.

This is a party game for horrible people, and unlike most of the party games you’ve played before, Cards Against Humanity is as despicable and awkward as you and your friends. 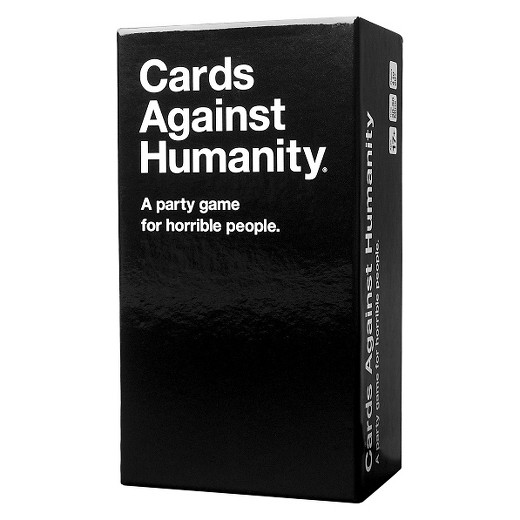 So what does a card game have in common with Democrats, environmentalists and immigrants?

They all want to stop Donald Trump’s proposed border wall.

The government is being run by a toilet. We have no choice… we are going to save America and attempt to keep our brand relevant in 2017

Join in and for $15 we’ll send you six America-saving surprises this December: https://t.co/o1BFmokO9W

The company have decided to buy up several acres of currently vacant land on the border of America and Mexico, making it extremely difficult for Trump to build his wall.

“Donald Trump is a preposterous golem who is afraid of Mexicans. He is so afraid that he wants to build a twenty-billion dollar wall that everyone knows will accomplish nothing. So we’ve purchased a plot of vacant land on the border and retained a law firm specializing in eminent domain to make it as time-consuming and expensive as possible for the wall to get built.

On Day 1, all Cards Against Humanity Saves America recipients will get an illustrated map of the land, a certificate of our promise to fight the wall, some new cards, and a few other surprises”.

To sum up, whats going on ( I know some people might be confused) Cards Against Humanity is asking fans to help with the costs of their fight against The Don by donating $15 dollars to their campaign, in return, they’ll get a map of land, a certificate  to fight the wall and some exclusive cards to add to your collection. 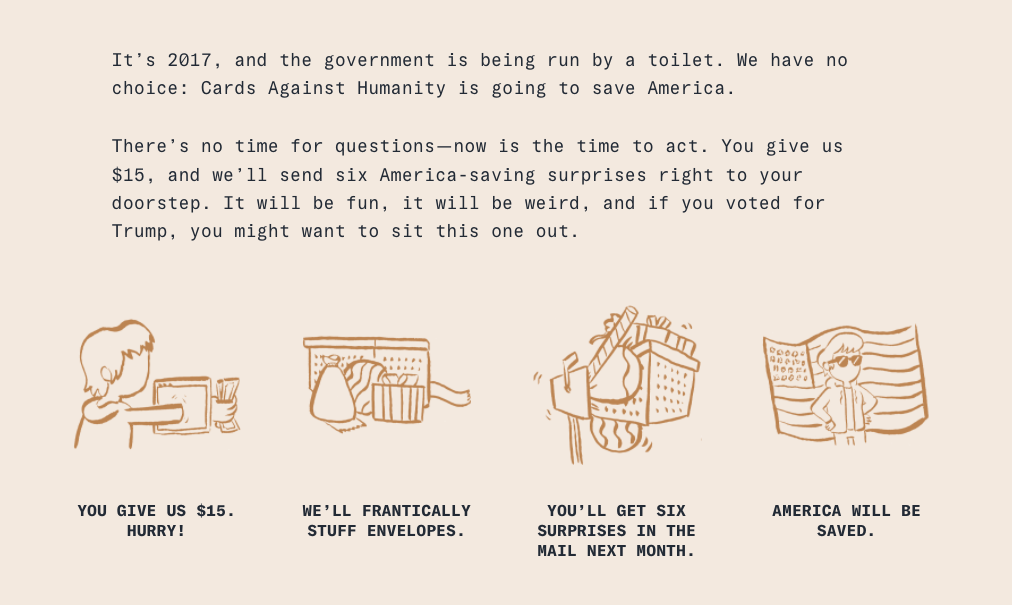 It is amazing what they are doing! Buying land not the Mexician border and preparing to fight the wall legally is brilliant! GO @CAH #CARDSAGAINSTHUMANITYSAVESAMERICA

As if I needed another reason to love #CardsAgainstHumanity…#CARDSAGAINSTHUMANITYSAVESAMERICA ✌🏼🇺🇸 https://t.co/26OMzJ0TkY

It is literally the most ironic moment… when a card game titled “Cards Against Humanity” has more HUMANITY than our current sitting president… they just announced plans to purchase a plot of land at the border to block the wall. #CARDSAGAINSTHUMANITYSAVESAMERICA

#CARDSAGAINSTHUMANITYSAVESAMERICA lol i find it crazy that a card game has made such an impact to help fight off this stupid fucking wall. It’s great to know that there is more hope for this country.

Quite a bold move we think, we can’t wait to see how this will all unfold!