Cooking a Christmas dinner takes a lot of work. You don’t ever fully appreciate the work that goes into executing the meal until the dreaded day, you have to prepare one yourself.

Soho ‘crisps and dip café’, Hipchips recognised the struggle and created a whole entire Christmas meal in a crisp form…

When in #Soho dip in and say hi! pic.twitter.com/7EOgiFBWRS

I mean what a combination! 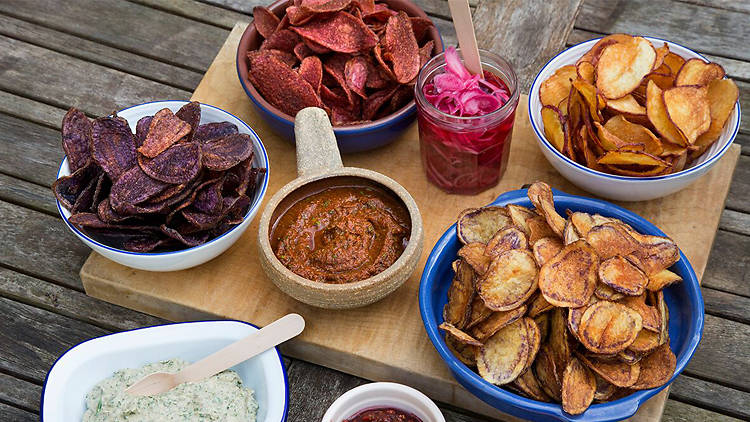 Two of our favourite things combining to create something magical!

Hipchips is offering: a full five-course Christmas ‘dinner’ of handcrafted crisps for only £6.95

Four flavours of crisps will be paired with five festive dips. A  smoked salmon and pickled cucumber-flavoured crisp starter will appear, alongside a traditional turkey dinner flavour and a sweet Christmas pudding flavour for dessert.

If this wasn’t enough the dinner has been matched to a selection of craft beers, wine and cocktails that best compliment the festive flavours.

Oh and if you can’t be bothered to leave the house, UberEats will deliver it to you!

Could these crisps be combined into a totally awesome crisp sandwich?

We’re unsure but will definitely give it a go!

Facebook Comments
PREVIOUS POST ← Man Sends Mum ‘Innocent’ Image Of Girlfriend – But Can you Spot Why It Backfired?
NEXT POST Lonely Pensioner Asks For Somewhere To Spend Christmas →