At just 17 Akshay Ruparelia became one of Britain’s youngest ever business millionaires after setting up an online estate agency.

Whilst still in school Akshay, set up his own business, using call centres to take care of his phone calls until school was out. 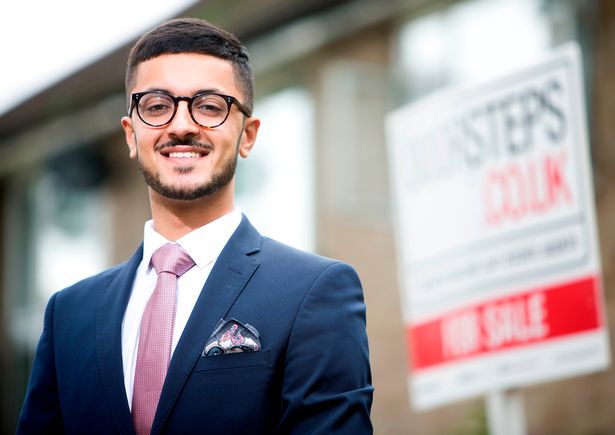 In little more than a year, www.doorsteps.co.uk has been valued at £12 million. The online estate agent only charges £99 for his fee at now at age 19 he has sold £100 million worth of homes.

Akshay told Holly and Phil on ITV’s This Moning that his eureka moment came while reading the biography of Ryanair founder Michael O’Leary.

When asked about his inspiration Akshay said: “Mr O’Leary began by selling flights for just £4.99. His point was that if you can offer customers something at a price they can’t believe and you deliver what you say you will, you hook people in and your business will work.

“So I took that same logic and applied it to estate agency. Research showed some online estate agencies were still charging homeowners between £800 and £1,000. I knew I could do it for a fraction of that.I got the website up and running and after a couple of weeks a man in Sussex asked me to sell his home and a separate chunk of land he owned beside it. I had to pay my sister’s boyfriend £40 to drive me to Sussex to take photographs of the house. I hadn’t passed my driving test and didn’t have a car. It was a five bed place with a swimming pool. I put the house on at £485,000 and the land for £185,000 on top, I’d sold it within three weeks.”I was standing in the school playground and got an e-mail on my mobile from the vendor to say he’d accepted the combined £670,000 offer and that I was a ‘legend’.
“That was a sensational moment, I was thrilled.But I couldn’t go out and celebrate, I had to go home and revise for my exams.” He launched his firm, www.doorsteps.co.uk, while gaining five A levels at Queen Elizabeth High School in Barnet, London.

He added: “I was going to go to Oxford University to study economics and management, but I’ve put that on hold now to grow my business.

“At first I paid myself £500 a month, things are going quite well now so I’ve upped that to £1,000 a month. I’ve passed my driving test, but still don’t own a car, the insurance is so expensive.”

When asked about caring for his deaf parents he said: “It’s just the way I’ve always lived, and I do think it’s an advantage. It gave me the maturity and responsibility from a young age, and gave me good time management skills. When it’s something you’ve lived with, and it’s so ingrained, it’s given me the resilience and bravery to do something like setting up a business.

Reminiscing about the cost of selling his family home he said “People have had enough of being ripped off by High Street agents in flash suits and cars charging them a fortune, but actually doing not a lot to sell their home, Why give an estate agent a small fortune just for putting photos of your house on the internet?”

Akshay recruits a network of mums across the UK who work self-employed showing clients around properties he has been asked to sell.

You can watch the full interview here