According to defence secretary Gavin Willamson,  no British citizen who has fought for so-called Islamic State should be allowed back into the country

In an interview with the Daily Mail, Williamson said: “Quite simply, my view is a dead terrorist can’t cause any harm to Britain. Every day we have got British service personnel making a difference to make sure some of those people that want to cause that harm are never able to come back to this country”. 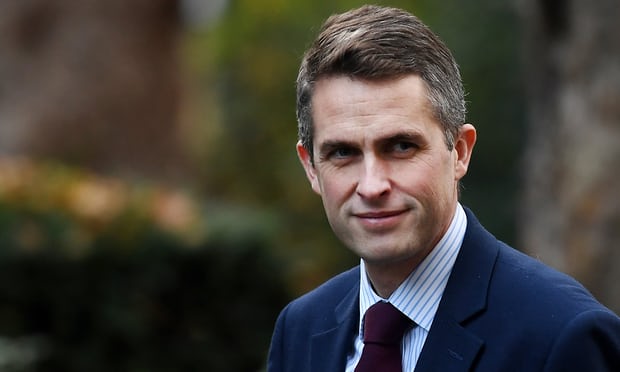 “That is something I am incredibly proud of. I do not believe that any terrorist, whether they come from this country or any other, should ever be allowed back into this country. We should do everything we can do to destroy and eliminate that threat. Quite simply my view is a dead terrorist can’t cause any harm to Britain” he continued.

Approximately 800 Britons have gone to Syria and Iraq to fight for IS, its thought that at least 130 of those have been killed in the conflict.

“We have got to make sure that as (they) splinter and as they disperse across Iraq and Syria and other areas, we continue to hunt them down,” he said.

It is understood they will have their passports taken from them if they try to cross over international borders.

According to reports,  Boris Johnson, Foreign Secretary,  will deliver a speech on Thursday in which he will praise British efforts around the world to tackle terrorism and to prevent further attacks.

He is expected to say “Every day around the world I can tell you that British serving men and women are putting their lives at risk to roll up terrorist networks, to expose what they are doing, to thwart them and bring them to justice. They are making good on what the prime minister has rightly called the unconditional commitment of the British people to the security of our European friends, not just in this continent but beyond.”