You really missed out!

For those who don’t know, Tamagotchis are digital pets which you feed and take care of and if your not careful they die.

(Thank god for the reset button)

The iconic 90’s toy is expected to trigger nostalgia when it hits the UK shelves again on 11 October, just in time for the festive season.

Tess Parsons-Broome, marketing manager for Bandai UK, said: “For many Generation X kids, the Tamagotchi device can be considered the first and favourite digital pet.

Bandai, the company behind the product is re-launching Tamagotchis in celebrations to mark the toys 20th anniversary.

Although the new version of the product has been simplified, the goal remains the same, to keep you little digital pet alive and happy.

The device itself is now around half the size of the original version, and the process of looking after your pet has been drastically simplified.

Although you won;t be able to play games with your Tamagotchi, it is now easier much easier to care for them, which we think is a blessing. 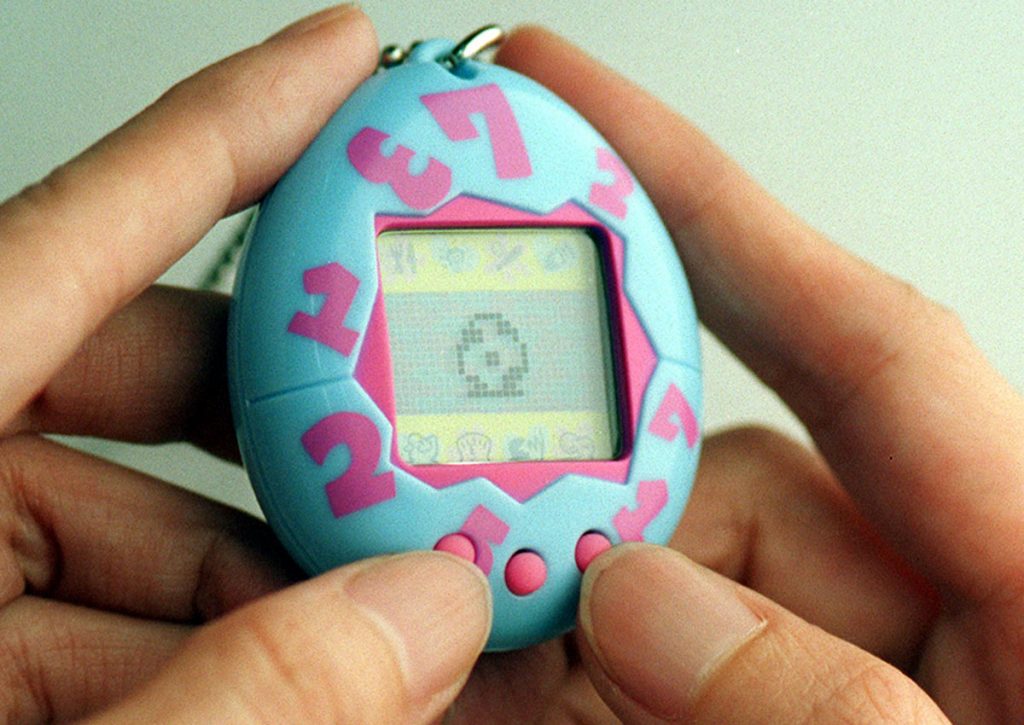 “Awakening and evoking nostalgic feelings from the mid-to-late ’90s, this smaller Tamagotchi device features the familiar egg shape, pixelated LCD charm, and, of course, the recurrent need for tender-loving-care that endeared fans in 1997 when it was first released,” said Bandai.

“To pay homage to fans, the mini Tamagotchi will also feature the iconic packaging design of the original Tamagotchi device. Now, both original fans and new fans can obsess over caring for their Tamagotchi character, and as they do the character will uniquely grow and develop.”

By 2010 over 76 million Tamagotchis have been sold worldwide since the 90’s.

The new 2017 versions of the classic toy will feature six different ‘shells’ and six different pets, which will only be available for a very limited time in various toy shops, so get in there fast if you wanna grab one.